CO.LABORATIONS | Partnerships in Media and Culture

The Importance of John Williams

On Wednesday 17 October the next edition of the Utrecht Colloquia in the Musicologies 2018-2019 will take place. Emilio Audissino (University of Southampton) will talk about the importance of composer John Williams.

There are many John Williamses. One is the “Jedi Maestro”, a figure idolised by a multitude of filmmusic fans, grateful to him for having brought music to such a foregrounded position in films, particularly with Star Wars. Another is the so-called “Plagiarist”, accused of having based his success on easy acts of stealing from the past masters. Another is the much respected “Hollywood Professional”. For many years, these three figures mostly represented how Williams was perceived in the different communities: fans, critics, and industry.

The academic community, on the other hand, has been silent until recently. The recent years have seen a reconsideration of Williams, who has finally been accepted as a worthy object of academic study. Other three Williamses, at least, have thus emerged. John Williams the “Accomplished Composer”, the one that has managed to achieve a seminal fusion between late-romantic symphonism, twentieth-century atonalism, jazz harmonies, absolutemusik and gebrauchsmusik. There is, then, Williams the “Conductor”, once maligned with particular vehemence, who is now recognised as a sensitive and insightful interpreted of other people’s music too. There is, finally, Williams the “Restorer”, the one who has single-handedly resurrected the film-music style of the Golden Age of Hollywood. The latter is what distinguishes Williams from all the other composers: no other, though talented, has arguably had this historical importance. The importance of John Williams lies above all in the recuperation of a part of the classical Hollywood film style that had long been dead and buried. 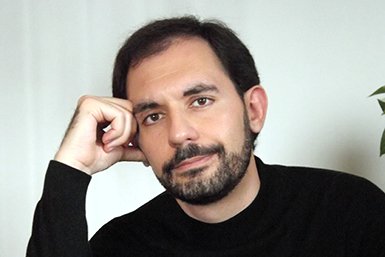 Emilio Audissino (University of Southampton) is a film scholar and a film musicologist. Audissino holds one PhD in History of Visual and Performing Arts from the University of Pisa, Italy, and one PhD in Film Studies from the University of Southampton, UK. He specialises in Hollywood and Italian cinema, and his interests are film analysis, screenwriting, film style and technique, comedy, horror, and film sound and music. He is the author of the monograph John Williams’s Film Music: ‘Jaws’, ‘Star Wars’, ‘Raiders of the Lost Ark’ and the Return of the Classical Hollywood Music Style (University of Wisconsin Press, 2014), the first book-length study in English on the composer, and the editor of the collection of essays John Williams.